Djokovic back in detention as Australia cancels visa****** 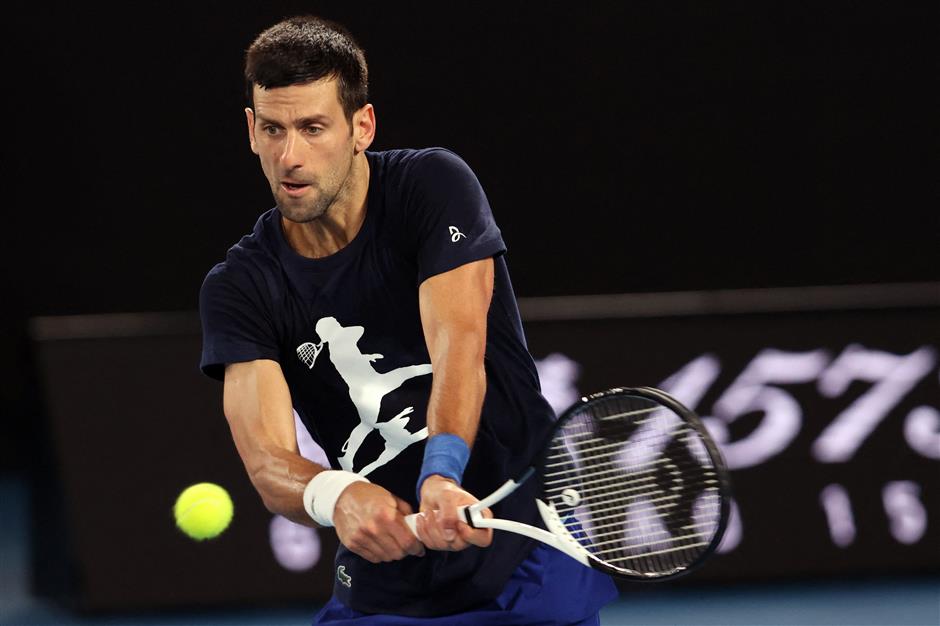 Novak Djokovic of Serbia attends a practice session ahead of the Australian Open tennis tournament in Melbourne on January 14, 2022.

Novak Djokovic was again detained in Australia on Saturday, after authorities ripped up his visa for a second time and declared the unvaccinated tennis superstar a threat to the public.

Court documents showed the 34-year-old Serbian was currently being detained at an address in Melbourne, as his appeal against deportation is heard.

Just two days before the Australian Open begins, the world number one is again focused on law courts rather than center court in the latest twist in a high-profile row over his COVID-19 vaccine status.

Djokovic was summoned to appear before immigration officials in Melbourne ahead of emergency Federal Court hearings on Saturday and Sunday.

He was allowed to follow court proceedings from an address – believed to be his lawyers' offices – under guard of two Australian Border Force officers.

This is the second attempt by Australia's conservative government to deport Djokovic, one of the world's most high-profile COVID-19 vaccine sceptics.

The 34-year-old Serbian used a medical exemption to enter Australia earlier this month, hoping to challenge for a record 21st Grand Slam title at the Open.

Many Australians – who have suffered prolonged lockdowns and border restrictions – believe Djokovic gamed the system to dodge vaccine entry requirements.

But the government was humiliated when a judge reinstated Djokovic's visa and allowed him to remain in the country.

This time, the government has invoked exceptional – and difficult to challenge – executive powers to declare him a threat to public health and safety.

The government argues that Djokovic's presence is a threat to public health and order, particularly as Australia suffers a tidal wave of Omicron infections.

His continued presence in the country "may pose a health risk to the Australian community" by solidifying anti-vaccine sentiment and discouraging people from getting boosters, Immigration Minister Hawke argued, according to a court filing released on Saturday.

Djokovic's lawyers argue the government "cited no evidence" to support their claims.

The minister admitted that Djokovic is at "negligible" risk of infecting Australians, but argued his past "disregard" for COVID-19 regulations may pose a risk to public health and encourage people to ignore pandemic rules.

The tennis ace contracted COVID-19 in mid-December and, according to his own account, failed to isolate despite knowing he was positive.

Public records show he attended a stamp unveiling, youth tennis event and granted a media interview around the time he got tested and his infection was confirmed.

In a statement, Hawke said the government was "firmly committed to protecting Australia's borders, particularly in relation to the COVID-19 pandemic", citing "health and good order grounds" for the decision to cancel Djokovic's visa once again.

The minister said "it was in the public interest to do so."

The government has agreed not to deport Djokovic until the hearing is over, barrister Stephen Lloyd told an emergency late-night federal court session on Friday.

Djokovic is the Australian Open's top seed and a nine-time winner of the tournament. He had been practiscng just hours before Hawke's decision was announced.

It is unclear if Djokovic will choose to stay and fight the case if he believes he is unable to compete in the Australian Open.

"If you wanted to ban Novak Djokovic from winning the 10th trophy in Melbourne why didn't you return him immediately, why didn't you tell him 'it is impossible to obtain a visa'?" Vucic said on Instagram.

'In the public interest'

Prime Minister Morrison backed the decision, saying: "Australians have made many sacrifices during this pandemic, and they rightly expect the result of those sacrifices to be protected."

The visa cancellation effectively means Djokovic would be barred from obtaining a new Australian visa for three years, except under exceptional circumstances, ruling him out of one of the four Grand Slam tournaments during that time.

He is currently tied with Roger Federer and Rafael Nadal with 20 Grand Slam titles each.

Former world No.1 Andy Murray, who will play at the Open, said on Friday he hoped Djokovic's status would be cleared up.

Other players, including world No. 4 Stefanos Tsitsipas, have criticized Djokovic.

"For sure he has been playing by his own rules," Tsitsipas told Indian broadcaster WION on Thursday.

This year marks the 20th anniversary of China's accession to the WTO. Over the past 20 years, China has fully fulfilled its accession commitments, actively participated in the work of the WTO, and made great contributions to upholding the multilateral trading system, the ministry said.

The country had undergone seven trade policy reviews by the WTO previously. The last review was conducted in 2018.

The ministry will elaborate on China's new development philosophy during the eighth review, expound on the country's new reform and opening-up measures, and respond to the concerns raised by the WTO members.

"China welcomes all countries to share development opportunities with it and is willing to work with all parties to jointly safeguard the multilateral trading system with WTO as the core," the ministry said. Enditem 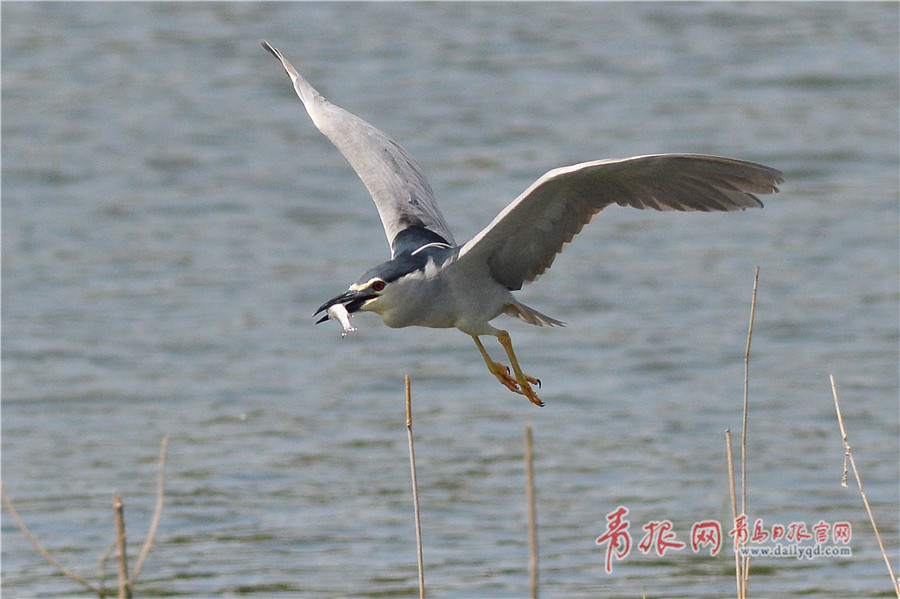